Surrey, BC —The 2017 SPEC MIX BRICKLAYER 500® British Columbia Regional Competition was held at Trowel Trades Training Association, in Surrey, BC on August 19th. 6 teams of brick masons and tenders vied for a competition spot in the 2018 SPEC MIX BRICKLAYER 500 World Championship Competition held in Las Vegas, Nevada. There, they will compete for over $100,000 in cash and prizes including a new 2018 Ford F-250 XLT 4×4 truck.

Riel Voigt, a mason with S&S Masonry, Langley, BC, and his mason tender Josh Shelley, edged out the rest of the competition to take home first place. His net count of 697 brick got the job done. Not only did first place carry the opportunity to compete in the 2018 SPEC MIX BRICKLAYER 500 in Las Vegas for Riel, but it also came with a $500 cash prize and a paid trip to Las Vegas. The SPEC MIX TOP CRAFTSMAN Award went to Matt McDougall, of Pacific Coast Masonry, Mission, BC earning him $400. Matt McDougall also finished as runner up taking home an additional $300. Third place went to mason Jan Van Tunen of Van Tunen Masonry, Langley, BC, who received $200.

Right from the start it was a fast and furious race between Riel and Jan.  Several years ago Riel apprenticed under Jan, it was like the student racing against his teacher.  In the end the student won.  The six masons impressed the crowds by laying a combined total of 3,154 brick in 60 minutes.  Thank you to all of our valued sponsors.  Hinterland Masonry Supplies supplied the CMU and I-XL Building Products the brick that was used during the competition.  The BBQ was sponsored by BC Brick Supplies. All of the competitors were presented with a Level Kit from Stabila and Tool Bag from Brock White.  Equipment and planks were donated by SMD Masonry.  The TTTA donated mud boards, shovels and brick tongs that were used during the event. The 2017 SPEC MIX Bricklayer 500 BC Regional was hosted at the Trowel Trades Training Association.  The TTTA is an industry training authority accredited institution located in Surrey, BC.  The TTTA offers apprenticeship training in bricklaying, cement finishing, plastering, stone masonry and tile setting.  AGF Access setup one of their HydroMobile machines.  Multiquip sent us two mixers and mud tubs to accommodate the mixing and production of several tons of SPEC MIX Portland Lime Sand Type S  Premium Mortar used by all the bricklayers.

For more details about this event go to www.specmixbricklayer500.com
For further information view the 2017 SPEC MIX BRICKLAYER World Championship Magazine 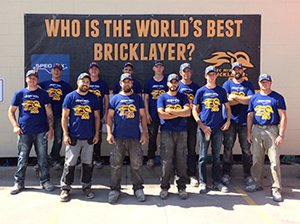 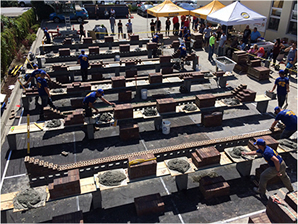 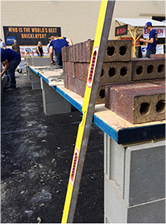 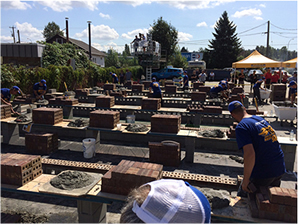 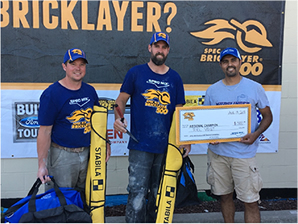 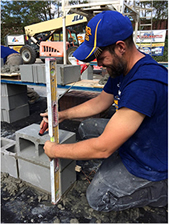